Levitation Photography begins with a Fast Shutter capturing a split second of action and plays with the illusion of zero gravity and  human flight. For Natsumi Hayashi & Denis Darzacq there is no Photoshop. The Jumper creates a body shape that suggests they are flying or floating effortlessly. With Long hair the image must be shot just before the top of the Jump before gravity lifts hair and clothing on the descent. 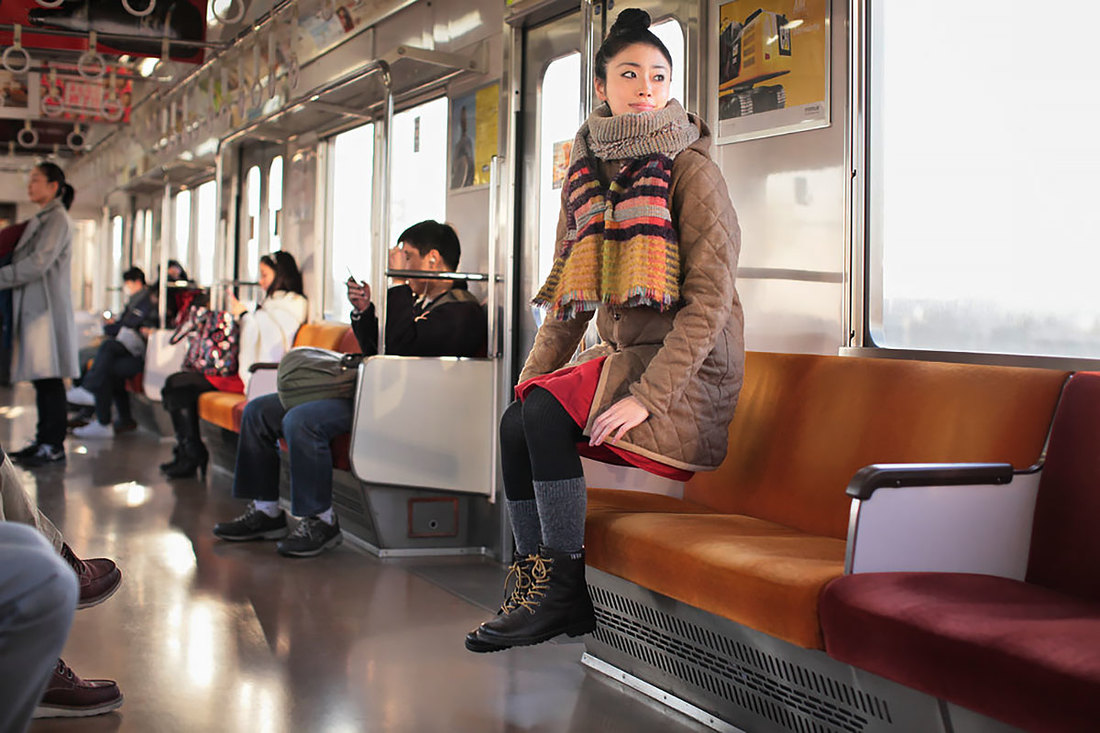 Natsumi Hayashi took her first levitation photo in September 2010. She had been drawn to colors in the scene — the yellow of the sunflower in her friend’s hand, the blue of the toilet paper packaging and the pink of his socks. “I asked him to bend over in order to put everything in good composition,” she wrote in Japanese via e-mail. “But at the moment I released the shutter, he suddenly jumped.”
The image, she thought, had an accidental weightlessness. She decided to keep shooting, calling out orders: “Higher! Relax!”
“In many cases, I never give up and keep jumping until I’m satisfied with my photo,” she said of the self-portraits that make up her oeuvre. From five shoots, each with 200 to 300 frames apiece, she usually uploads only one photo. Because the project is a diary, she focuses on the people and places she sees in daily life, seeking good light and the coveted decisive moment.
Denis Darzacq    In 2006, Darzacq dreamt up The Fall. It was partly the horror-struck idea of people falling from the twin towers on September 11, but it was mostly a depiction of an entire generation in France in free fall, ignored by society,
their energy untapped and unused. He felt today's France was the sort of place where someone could tumble from the sky without a net and no one walking down the street would bat an eyelid.

Another subject was Thierry Rivière, 25, an illustrator from the French Indian Ocean island of La Réunion, who found out about the project by word of mouth at his capoeira group. He describes his moves as levitation, captured on the way down. "Denis was very specific. He wanted no grimacing, he wanted us to be expressionless. The idea of the forgotten urban generation is something I have never experienced, though. In La Réunion, you are poor, but it is a more simple life."
Darzacq is proud that his work remains open to interpretation. "I like the fact that you can read into these photos whatever you want. Will we let them hit the ground? Will anyone rush out to scoop them up?"
But Darzacq needed young people to play the role of these leaden, expressionless beings dropping from the clouds, and they had to be fit - able to hit the concrete over and over again without smashing themselves up.